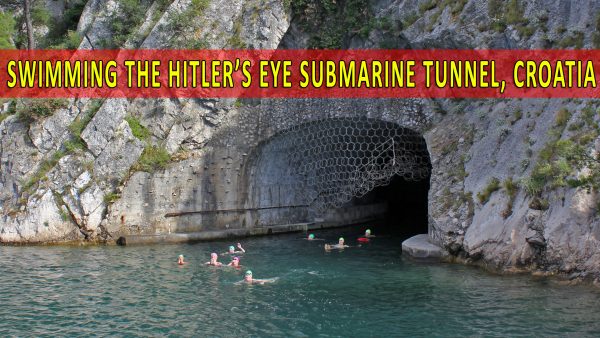 The Balkans, previously known as The Socialist Federal Republic of Yugoslavia (SFRY), offers some amazing adventure swimming spots for holidays, exploration and discovery. Dive in back into history!

Yugoslavia was a union of six republics formed into a federation. Slovenia, Bosnia and Herzegovina, Croatia, Macedonia, Montenegro and Serbia (including the regions of Kosovo and Vojvodina). It came into existence after the first World War in 1918 and it lasted all the way until 25th June 1991 when Slovenia and Croatia became the first republics to declare independence from Yugoslavia.

The Adriatic coast is a beautiful place in the northern Mediterranean and it attracts millions of tourists every year. Many call these Balkan countries a “crossroads of civilizations” where the East and the West cultures meet. In the 1990s it was caught in the brutal wars that plagued the Balkans, which horrified the world as it played out on our TV screens. Today, adventure and family tourists from all over the world come and explore the Balkans.

For many reasons, the Adriatic sea along Croatia and Montenegro is one of the best places to swim in Europe. The water is crystal clear, warm in the summer, not too choppy, it is often sheltered and there are wind-protected places that can be found easily, especially when you have a boat. The Adriatic coast enjoys a Mediterranean climate of cool, rainy winters and hot, dry summers, with temperatures up to 32C.

Most of the submarine tunnels along the Adriatic were built during the German occupation in World War II. The former Yugoslavian army was based there for almost 50 years during the period of communism and used these tunnels to hide. The bases were mostly abandoned in the 1990s when Yugoslavia started to fall apart and entered into a four-year war with the forces commanded by Belgrade, Serbia. After almost half a century the Yugoslavian navy left empty barracks, numerous caves and tunnels which they had previously tended for several reasons. These interesting locations are now an attraction for adventure tourists who have the chance to see places and explore the tunnels on their own. Exploration is at your own risk, so do not do it unless you feel safe.

Here are a few submarine tunnels below that you can visit, explore and swim through.

This tunnel (also called bunker or submarine U-boat pen) is based only half a kilometre from the coastal town of Šibenik in the main boat channel connecting the open sea. To get in you need a boat.  An interesting spot above this tunnel is the chapel of St. Anthony, located in a cave. There is always a current inside this tunnel coming from the main boat canal and it is dark in the middle, so swimming is better without any goggles or goggles with clear lenses. Sometimes local fisherman stays there and fish.  Please note that it is generally illegal to swim in this Šibenik canal (and tunnel) due to boat traffic coming in and out.

Length: 250 metres and you can swim through. Depth: about 15 metres.


Watch 1 min video clip of swimming through the submarine tunnel:

Island Vis was one of the main military bases for the Yugoslav army. Through the many years, Vis has been part of almost all the empires and civilisations in this part of the world – British, Venetian, Yugoslav, Italian, etc. Mr. Tito, the ex-Yugoslavian leader was ordered to hide here by Mr. Churchill.

It is very remote, about 40 km from the mainland and you can get there by either ferry (from Split) or your own boat. The military base on Vis is a network of several subsurface tunnels, caves and facilities in total around 20km.  Armed forces could hide in case of an invasion. The large entry to the main tunnel is just off the Vis town on the northern side of the island as you head to Fort George. You can walk to it from the town, take a ride with a bike or scooter or of course go there by boat. Local tour operators offer trips to get there.

On the south-eastern side of the island facing island Hvar, you will find several stunning bays to explore. Submarine pens are located in the bays of Kruščica and Smrkva. Both are clearly seen as long narrow inlets located close to the large stone cave Blaca Hermitage site, a unique UNESCO protected monument on the Croatian coast. Both pens are easily accessible by boat, it is much harder by land but possible. The closest town to walk from is Milna.

Length: around 80 metres each and you can swim to the end. Depth: about  10 metres.

Swimming in the submarine tunnel in Montenegro

Near a small village called Rose, there are 3 submarine tunnels that were built by the Yugoslav Army

One is out towards the open sea and Mamula island, the other two are about 1-2 km towards Tivat direction. There are also a few abandoned Yugoslav Navy ships around.  All tunnels are dead ends, so you cannot swim through, but you can swim to the end and back. You can also walk alongside and explore on your own. It is pretty dark at the end, so having a flashlight helps. There are also other walking tunnels diverting from the main submarine tunnel.

Length: around 100 metres and you can swim to the end. Depth: about 10 metres.

There are a lot more tunnels, pens and bunkers along the Croatian and Montenegrin coast, but you would need a good boat to explore and swim all! Some more are located at the following locations:

We offer organized swimming holidays to some of these submarine tunnels as part of our Croatia and Montenegro trips. Join us if you dare, you will greatly enjoy it!